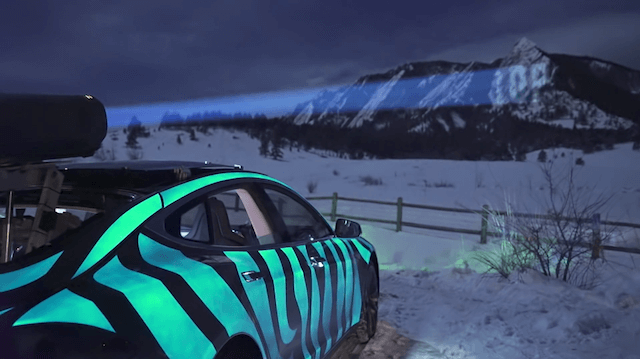 Projected AR-How you are using it, and didn't even know it

I hope you enjoyed last weeks blog about superimposed augmented reality because this week we are launching ourselves into another super cool type called Projection based augmented reality. For everyone just joining us though, Augmented reality is when a digital image is projected into the real world enhancing your perception of your space. So here are 3 cool examples of what projection AR can do. 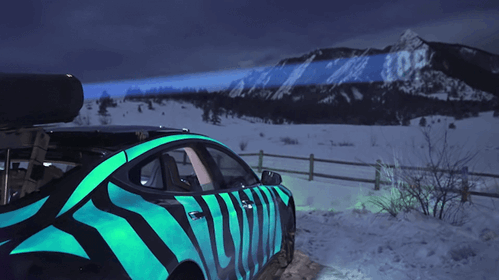 There are so many important issues out there right now, that affect all of us in our daily lives. Climate change is one of them. Now we can argue till the cows come home about whether it's real or not but we can all agree that we are losing a disproportionate number of animals, people and plants every year due to habitat loss, human interference, and changing conditions such as global temperature rising, in the oceans as well on land.

As you can probably tell I'm a believer of this whole climate change thing so one of my favourite uses of AR is to help bring awareness to it by using AR! Back in 2015, there was a documentary released called Racing Extinction and what they did was use an electric car(Tesla) with a projector and went around the city of Boulder Colorado and projected pictures of endangered or threatened species on monuments, mountains, even stores. They also used it to project facts about CO2 emissions and other climate change facts so it was a good learning experience I think for everyone. Another way AR is being used to learn is through Play. Who didn't love playing in the sand as a kid? I still love running my hands in the sand when I venture to the park! A company called NGX interactive partnered with our very own Telus World of Science and made an amazing interactive experience that shows how flood and drought throughout the seasons change the landscape in Alberta. All while playing with sand! If you haven't had a chance to check it out yet I highly recommend it, big kids need play time too! How it works is, the projector overhead is displaying images on a timer but the sand in the box can be built up or flattened to show how the water sits depending on what time of year it is and of course how it affects our province. 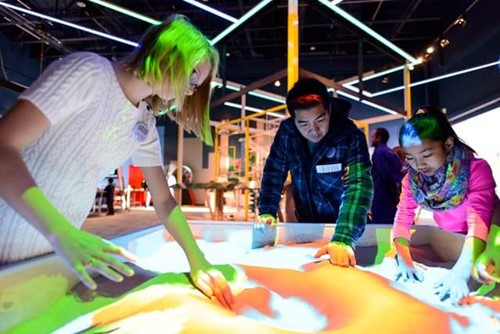 Now I know the sand is kind of like entertainment but I found the facts about Alberta just as interesting as the display itself, but there is something I'm sure a few of us have seen that is for entertainment. Who has a kid who just loves to stomp around? Yeah I know, dumb question. I'm sure we have all been to the Treehouse every now and again with the kiddos. In the middle of their big play area every now and again you will see a bunch of kids jumping around and looking at the floor. No, they aren't crazy, they are playing a game! It’s a projected interactive image on the floor, there are lots of types of units out there but they all seem to come with some free games. 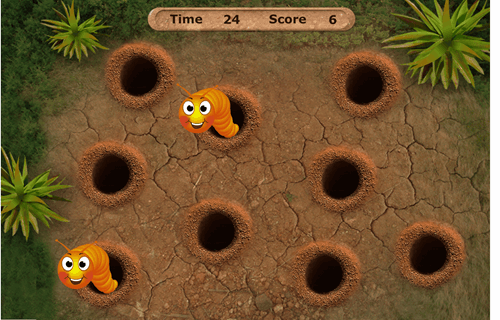 I've only tried the whack-a-mole one but it was lots of fun. You have the mole image on the floor and you have to step (or stomp, depending on your level of energy) for the mole to be whomped on the head. Hours of entertainment not only for the player but for whoever is watching!

Disney has some pretty awesome take on AR stuff too! I've never been to Disneyland (well except in google earth in VR) but one day I will go and hopefully see some of the amazing light shows they have! This one here is just on a model but could you imagine standing in front of a castle and watching it literally come to life? Also, check out this cake it's amazing

Being Union the one thing I can totally stand behind is safety! Some of the great ways AR is being used to make you safer is by projecting warnings or directions on to a surface. IKEA is a great example for you because of the arrows they project on the floor to show you how to get out of an area. Or in my case the fastest way to get to the textiles area.

Another way it can be used is in factories is show how something is put together, for example, an assembly line. 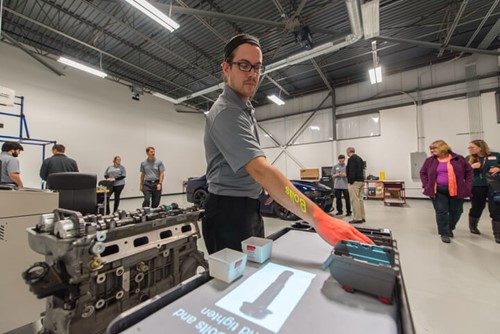 Why does this make things safer you ask? If there is a language barrier or someone doesn’t want to ask for instruction, or if they just need a reminder, AR is there!

There are so many ways Augmented reality is changing our lives some of them I didn’t even think of! How has projected AR changed or affected your life?

Before you go, check this out. Projection AR could seriously change the fashion industry.

See you next week!