This week and next week I figured we'd talk about the difference between Virtual Reality and Augmented reality. Then I realized it isn't as simple as that. There's so much more than one vs the other. So after researching, I've learned that there are about 5 different types of Augmented reality, many different applications and so many places it's going to advance in the future. Now most of us have seen or heard about one type of Augmented Reality (AR for short) or another but the one I'm most familiar with is called superimposition AR which takes an image and superimposes it into the real world either through glasses, your smartphone or some other kind of device.

I find the easiest way for people to understand what the heck I'm talking about is to use examples. So for your amusement is my take on 3 examples of how superimposed AR has been used and changed the world as we know it. 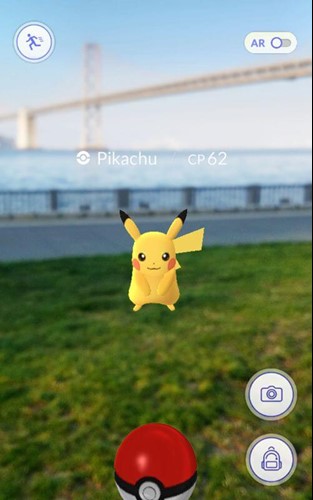 Who remembers that Pokémon GO game? You know the one that had half of the population in a tizzy running around at all hours of the day and night holding their phones up to their faces trying to catch a Lapras? The other half made fun of them for running around trying to catch pretend Pokémon, but really it was a great way to meet people and hey it was lots of fun as long as you watched where you were going. It was weird but nice when you heard noises outside at 2 am it was just people running around the neighbourhood searching for Pokemon, you could always tell because their faces were lit up by the screen.

Another form of superimposed AR people have mostly heard of is a company called magic leap, they did that cool video of kids sitting in a gym and the humpback whale breaching. It was mesmerizing to watch, I remember thinking it was going to revolutionize the way kids were being taught in class. Forget getting excited over movies when you can see something happening as if you were actually there experiencing it. It's been in the works now since 2014 and while I haven't really seen too much on the market lately they do keep a blog, which you can check out here for more updated information. 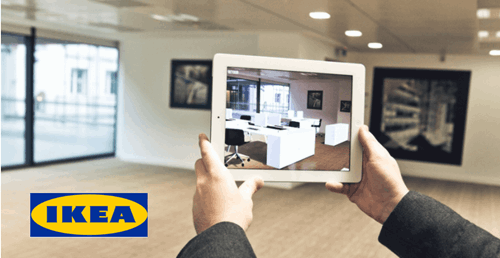 So out of curiosity who loves shopping at IKEA? I can feel Erics groans and complaints as he reads over my shoulder! He has a good reason as Ikea has been touted as a ruiner of days and relationships because let's face it, it's stressful shopping there! It’s a maze of all sorts of stuff you didn’t realize you needed until you've seen it. Cups and plates for $1.50? Heck yes! However, before you go feeling too bad for Eric the food court is pretty amazing and it makes up for me dragging him through the textiles area. He survived...Anyway, spouses can rejoice(as long as you own an apple device) because thanks to AR you can now use an app to take furniture out of the catalogue and superimpose it into your room at home! Pretty sure it won't have those awesome deals on plates but hey if you want to bring a chair home from IKEA you'll have to build it first to see if it works now its instant! Ah the magic of technology, saving relationships from stress and shopping.

So there you have it, 3 examples of how the world has changed because of this cool new tech that has crept up on us. Look how far computers have progressed since 20 years ago. It's mind boggling! That’s for another day though. Next week I'll focus on a different type of AR so until then, catch a Pikachu for me, I hear the St Albert visitor centre is a good place!

Let me know what you like about AR, I'd love to hear about your experiences with it.